Armenia and America: A Shared History

The Monasteries, by Leo Field

The monasteries we have visited have all been unique. Each has its own history and the design of these compounds has been different every time. The monasteries are, or were at the time of their construction, located in secluded areas that are relatively tough to get to. Geghard, for instance, is located in a valley and carved partially out of a mountain. Sevanavank is at the top of a peninsula at Lake Sevan. Both Goshavank and Sevanavank are now surrounded by towns as opposed to Geghard and Khor Virap which remain somewhat secluded. The views of the monasteries are truly breathtaking as well. Whether the view is of the mountains, or of seemingly endless forest, each monastery connects its visitors with nature. The floors of the monasteries also contain the graves of monks, allowing them to serve the monasteries and their visitors in death. Some of the monasteries are still active as we saw mass being performed. I found this interesting as the services were similar to Catholic mass but they had their own uniqueness to them. Visiting monasteries has been a new experience for me and I have enjoyed each location. 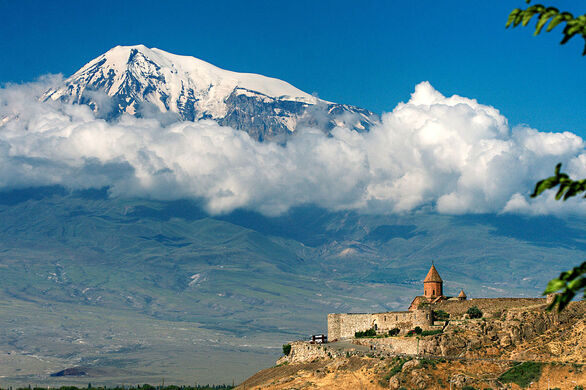 Posted by Leo Field at 05:32 AM in Religion, Tourism, Travel | Permalink

This is only a preview. Your comment has not yet been posted.

The letters and numbers you entered did not match the image. Please try again.

As a final step before posting your comment, enter the letters and numbers you see in the image below. This prevents automated programs from posting comments.

Having trouble reading this image? View an alternate.

(Name and email address are required. Email address will not be displayed with the comment.)